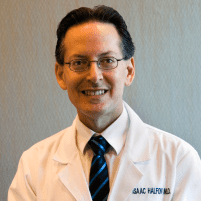 Uterine fibroids are common among women in their reproductive years and usually don’t cause any problems. If fibroids do become problematic -- creating issues with your menstrual cycles or even causing you considerable pain, help is on hand. Isaac Halfon, MD offers several treatments to help women find relief from the debilitating effects of uterine fibroids. If you’re in Wellington, Florida, or the surrounding areas, Dr. Halfon can help relieve the symptoms of uterine fibroids, call or book an appointment online.

What are uterine fibroids?

Uterine fibroids are noncancerous growths that appear on your uterus, usually during your reproductive years. The fibroids, which are also called leiomyomas, aren’t tied to uterine cancer and only very rarely result in cancer.

The fibroids themselves range in size from a grain of rice on up to sizable growths the size of a grapefruit, and you can have one or multiple growths. Most women will have small uterine fibroids over the course of their lives and won’t even know it since they cause no symptoms.

When problems do arise, meaning the fibroid(s) grow large enough to affect your reproductive health, Dr. Halfon offers expert medical guidance to see you through.

The exact cause of uterine fibroids remains a mystery, but their existence often correlates with the following:

What are the symptoms of uterine fibroids?

Most uterine fibroids are very small and go undetected unless Dr. Halfon comes across them during a routine exam. Larger fibroids, however, make themselves known in several ways, including:

You may have one or more fibroids that are causing the symptoms, which only a full examination by Dr. Halfon can reveal.

How are fibroids treated?

If Dr. Halfon diagnoses you with fibroids, it’s important to understand that no magic bullet eliminates the growths. Dr. Halfon can help effectively manage the symptoms, allowing you a better quality of life.

These management techniques include:

To learn more about relieving the discomfort and pain caused by uterine fibroids, call Isaac Halfon MD Obstetrics and Gynecology or schedule a consultation using the online booking tool.